Everyone's a Critic These Days 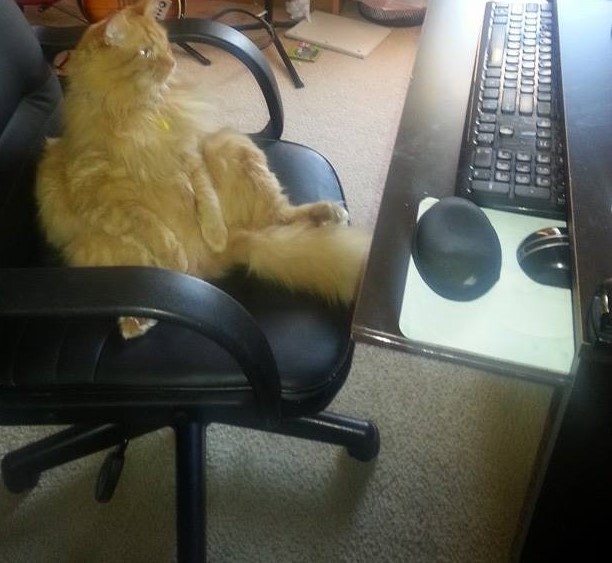 I’m somewhat active on Twitter and Instagram of late. I hadn’t given either platform much thought until my publisher put up my profiles with the understanding that in addition to Facebook, the two social media giants were integral in getting my name and the book out into the public sphere. Of course, with more recognition comes more opinions about my work.

It’s interesting to see what people latch onto when they read my books. Most of my reviews and feedback are for Déjà vu, of course. Some people love, love, love the book, and go on to devour the rest of the series. Others dislike the book so much that they don’t get through it (why then, they proceed to review the book anyway is a question for which I have no answer, but that’s a different topic of exploration). The people that enjoy the books seem to focus on the slow build in the character and narrative arcs. They enjoy the attention to detail, the characters’ introspection, the mystery behind the strange occurrences around the world, and the buildup of tension between Daniel and Nina.

I’ve had myriad complaints from the people that didn’t like the book. More than one person felt I wasn’t well-versed in Judaism or the suffering of people in the Holocaust. For the record, I’m Jewish by heritage. I went to Sunday school and Hebrew school, observed the major holidays, and have very detailed memories of family and community celebrations. Furthermore, most of my family had been wiped out in the Holocaust if they made it through the Russian pogroms. They came to America alone, with little-to-no knowledge of English and no possessions except for what they could carry. In a thick accent filled with grief, my great grandmother used to talk about the brothers and sisters she left behind, all killed by “the Hitler.”

Others have brought up their dislike of the sex scenes, which I discussed in the blog post, “Sex and Sensibility.” Brief recap here—sex and eroticism are extremely subjective. Some people love those scenes; others, not so much.

Yet others believe the heroes and premise are somewhat derivative. They see other, popular culture characters embedded in the work. I take their point. Not everyone who sees those resemblances consider this bad; they believe my characters are very different from the more well-known ones beyond superficial similarities. I did a lot of research on the superhero and the romance genres before writing. The superheroes are composites of several tropes in comic book history. To riff off Beckett’s Watt, no similitudes where none intended. Most reviewers consider the story and characters highly original. To my point though, opinions depend upon what the reader wants to see.

One reviewer recently took issue with the writing style itself—something most readers, even the ones who don’t like the story, say they admire. This person compared my style to Gibson, Dostoevsky, and Tolkien. He didn’t like the level of detail, the heroes’ fallibilities, or the introspection and self-doubt with which they all grapple. I admit I took it as a bit of a compliment. If someone compares my work to those authors, I believe I’m in good company.

The main thing I see in terms of reception is reader expectation. My editor, who read a late draft and said it was one of the “best novels [he’d] edited this year,” and called it “one of the most realistic depictions of an adult relationship” he’d seen, had warned me this would happen. People who expected superhero action and a good vs. evil theme got upset with the gray areas of ethics and the heavy romance plot. People who wanted the romance plot felt the buildup was too long; they wanted the couple to get together faster. Both genres have preset plot points and trajectories in traditional fiction. Reviewers who liked the books noted that my stories stretch the tropes and mix the two genres into something unique and interesting, while pulling in tropes from a few other genres like time travel and historical fiction.

I’ve said this before: you can’t please everyone.

Some of the criticism I’ve read, I agree with on some level—this could be revised; that could be tightened. I don’t know any serious writer who views their published work as perfect or final. Others…well, let’s just say I’m slowly developing a thicker skin. Overall, I stand by my work.

Most of all, I’m extremely appreciative of ALL my readers, especially those who go on to review the books and share their responses.