This past Saturday I participated in a local writer’s reception at the library one county up from mine. I was excited. I’d spent the day before on the floor of my office with copies of my books, organizing the trilogies and putting them into special tote bags filled with pens, t-shirts, notepads, and bookmarks to give away with purchases. That afternoon, I hauled three heavy, cumbersome boxes of books and other paraphernalia through the parking lot and into a conference 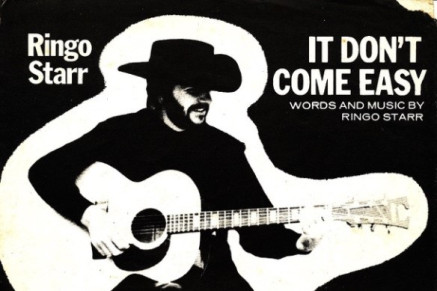 room with the other authors.

The perimeter of the room was lined with tables. The table to the right of mine featured a children’s author who had written a series of books based on Aesop’s fables. There were bright, cheery books with animals on them along with stacks of coloring sheets. On my left was an educator who had written math stories for elementary and middle-school kids. Between those light, family-friendly books for sale were my books, with their very adult-themed covers and content. I spent a lot of time explaining to parents and grandparents that although my stories were about superheroes, they were meant for the eighteen and up crowd. Many conversations went like this:

Customer: “Oh, my son/daughter/grandchild is a fantastic reader. She can handle big books for adults.”

Me: “Yes. Well, this series includes some very adult themes and situations.”

Next, the customer would stare at me for a couple of seconds. Gradually, their expression would change: eyes would widen, mouth would form an O, and they’d nod. “Oh, I see. Well, good luck.”

I was one of maybe three authors who had brought adult fiction with them to sell. The rest of the tables contained variations on memoirs and self-help. I don’t think any of the fiction for grownups writers sold anything. I know I didn’t. As I packed my unsold merchandise a couple of hours later, I realized I wasn’t especially upset. In fact, I was laughing about it. There was a time when I would have been more than a little disappointed.

One thing I’ve learned over and over as my books have become available is that so much of a book’s success depends upon having the right audience. I didn’t always believe that. Starting out, I wanted to believe that if a book was well-written, the audience would find it. What I’ve discovered as I’ve been marketing the books, and as reviews have come in, is the opposite is true.  Whether we realize it at the time or not, most writers have an audience in mind as they compose their work. As I scanned the other tables and listened to those authors discuss their writing, it was clear that a family-centered public library event might not have been the right venue to sell books whose themes consist of sacrifice, trauma, and sexuality.  I laughed because I should have known better.

Rejection is hard to take, whether it’s in the form of poor reviews, “thanks but no thanks” letters from agents, or leaving a bookselling event with as much merchandise as you had brought with you to sell. Rejection is also a wonderful teacher. In this case, I left with a better idea of what kinds of events to seek out in the future. What I’ve had to learn over and over from rejection is that most of the time, rejection has little or nothing to do with me or the quality of my work. The very same day, I found out that Déjà vu had surpassed fifty reviews on Amazon with overwhelmingly positive feedback. I was invited to participate in another book festival with a different focus. I met some really interesting fellow writers.

The point is not to let setbacks and disappointments halt one’s progress or stifle ambitions or dreams. Things rarely turn out for people the way they imagine they will, and at least for me, life is about the journey…even if I wish I’d sold some books and generated more excitement. What I do with that disappointment is what matters, and finding a sense of calmness and gratitude for whatever opportunities arise, regardless of the outcome, is how I move forward.

That evening, I got to see Ringo Starr in concert. I love his energy, his message of peace and love, and his music. That night though, as I walked from the outdoor arena where he played, another message resonated: “It don’t come easy,” but “Peace, remember peace is how we make it.”