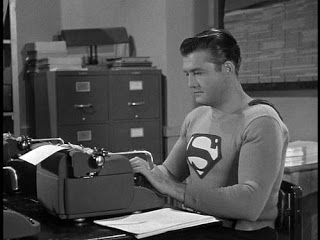 If you read through interviews with popular authors, they inevitably get asked the question, “What are your favorite books,” or “Which writers have influenced you the most.” When I began this blog, I swore to myself that I was most definitely not going to turn it into a book review site. As someone who dedicates a good chunk of her time to finding people who are willing to review her books, I’m sure that most book bloggers’ inboxes are filled to their virtual brims with entreaties. Writers need readers. More specifically, writers need readers who are willing to take a few moments and post a review, particularly on Amazon, so that other potential readers will find out about the books. The more reviews indie authors have, the more exposure they get. However, you can’t be a good writer without reading, and there are a lot of choices available.

I can often tell what kinds of books other new authors read (or whether they read at all) based on their prose style. I’m not a perfect writer by any stretch (I have the reviews to prove it), but I have studied writing extensively. I’ve learned from some amazing teachers, a few of whom have written books about how to write poetry or fiction. Those books don’t count as part of the reading repertoire, in my opinion. Usually, the people whose books wow me turn out to be great fans of a couple of different authors and have a wide breadth as well as depth of reading. They don’t stick to one genre; they read the classics as well as contemporary works, and most importantly, they read critically.

I’m a great believer in the “osmosis” method of writing (I just made that up—don’t Google it). I think the more widely and closely one reads, the more “lessons” about structure, technique, and general craft linger. One thing I’ve concluded as a student of literature and writing, and as an avid reader for enjoyment, is going to cause other, usually newer writers to get upset:

There is no formula to good writing

I can hear the arguments now; I’ve been in these arguments. People ask, what about introducing the conflict by the end of the first chapter? What about not bogging down the plot with too much detail? What about word count?

That isn’t to say there aren’t certain techniques and general guidelines writers follow that make for a good story. You can be sure that I have huge pet peeves about things like gerunds, adverbs, use of italics for inner monologue (never rely on a font to do the writing work for you. Spell it all out.), passive voice, and grammar. I’m also very aware that I commit all of those atrocities to the text a lot, so no judgment. There’s a balance to be had between the art and the craft of writing. I once got into a prolonged discussion about the first chapter of The Persistence of Memory Book 1: Déjà vu (I promise, this story has a point). In chapter one, we see that Daniel doesn’t connect well with others and is still grappling with his traumatic past.  We see that Nina has no memories of her past whatsoever; neither character understands who they are in this world, and where they belong. Yet, they feel like they’ve met before. We also learn that they both work for a secret organization full of powered people. In chapter two, we find out more about the team, and the mystery surrounding Nina’s identity deepens. It isn’t until the third chapter that the more global conflict arises.

This beta reader was adamant that I was “writing it wrong.” He smugly informed me that he’d been writing for over a year and recommended that I pick up some books on proper fiction writing. My response was, “Oh, I have several books like that. Most of them were written by the professors of fiction I worked with on my master’s degree. Did you have a specific one in mind?” That only made him angrier. He started typing at me in all caps.

I asked my editor about this. He’s been editing books for ages, has his own editing company, and knows what he’s doing. His response was, “Daniel gets introduced in the first chapter; Nina’s point of view is introduced in the second chapter, and by the third chapter, they’re fighting enormous monsters. What more do these people want?” Shameless plug here—he also said that mine was “one of the best books he’d edited this year” in 2018.

So, here’s my first point: those how-to books are reverse engineered. The “rules” they purport are actually loose guidelines; they aren’t bibles. Novelists write their books; critics and academics analyze them, and the people who write things like, Write Your Best Selling Novel in Two Hours (I made that up as well) distill that information to show, in the broadest of terms, how the authors probably did what they did, and what they have in common with each other. I can almost guarantee you that few well-regarded, commercially successful authors had a book about how to write in a genre and stay in the genre as they developed their stories.

That brings me to another point: it is incredibly unlikely for an indie writer to get picked up by a large agency and have their book sold to a major publisher. It makes no sense whatsoever to me to confine one’s writing to a specific, arbitrary set of rules for writing in a genre. Much of the time, those “rules” are also reverse engineered. It isn’t that a story can’t be properly told unless it’s between fifty and eighty-thousand words; it’s that a book that length is easier to sell. Agents and publishers are concerned primarily with their bottom line: what can they sell; what will make them money. When it comes down to say, my trilogy, which I think is pretty darned good, and a book by, let’s say Carlos Ruiz Zafón, guess which writer a publishing house is likely to invest in? Writers most definitely should not wring their hands over the so-called manuals. There are some great ones available, and there’s no reason not to consult them, but they aren’t necessarily the best way to be a better writer.

In other words, we shouldn’t write because we think we’re going to make a living out of it, or even a decent supplementary living.

At this point, people usually shake their fists and exclaim, “Then why write at all? Why bother getting test readers and publishing? If you don’t care about the rules, don’t come crying to us when your book doesn’t sell!” Bear in mind,  that first of all, since this all takes place online, I’m only imagining their hand gestures and second, this usually comes from people who haven’t found an agent or, if they’ve self-published, haven’t had much of a windfall for profit.

There’s nothing wrong with publishing or wanting to be published. I’m querying a manuscript to agents right now and amassing a good-sized pile of rejection letters (if you’re interested, Neil Gaiman’s agent’s assistant sent a very polite form letter). Ultimately though, I would rather tell the story I need to tell as best as I can tell it and worry about the selling part afterward. Writing and selling or marketing are completely different animals. There are some very commercially profitable books that began as self-published fan fiction (ahem) that I would be a little embarrassed to put my name to. There are some exceptionally talented writers I’ve come across who, like me, are swimming in an unending ocean of other struggling writers, all with different strengths, weaknesses, and levels of talent.

That brings me back to where I started. Find fantastic, well-renowned examples of your genre if you write genre fiction. Read lots of genres and mix and match them. Read literary fiction and see what those authors are doing. Read histories, and science books. Keep a copy of Janet Burroway’s Writing Fiction around for consultation (there’s a plug for a professor and writer who really doesn’t need any help from me). Read often and a lot. Recommend the books you like to others by leaving reviews. Start to notice the styles of different authors. For example, there are tons of variations on Homer’s Iliad and Odyssey. Read a few and see what different things can come to light depending on how the story is told. Read fairy tales and see if you can identify the tropes (or if you’re into Jung, archetypes) in modern-day stories. Figure out what the clichés are in your genre so you can avoid them, and your writing can be fresh. Even Neil Gaiman just wrote a book retelling Nordic mythological tales as only he could tell them. You’re probably figuring out who some of my favorite writers  are, and some of my favorite things to read.

I still might find a new author or book that I love from time to time and mention it here or in my newsletter. I’m very picky when it comes to getting enthusiastic about books. It happens, though. I just discovered Charles J. Musser’s Gichi Manidoo, a work of magical realism (I love that genre), and Rob Horner’s Brightness and Night Zero (a speculative suspense book and a horror book respectively—and I usually don’t get all that excited about either genre). Both writers have distinct styles that sucked me right into their books’ worlds. I discussed Gichi Manidoo in my second newsletter and Night Zero in my third one. Even though I tend to be critical as a reader, I left glowing reviews for all three on Amazon. Go check them out. Go check out lots and lots of books. If you get on my mailing list while you’re on this site anyway, you’ll periodically find out what books have recently lit me up.

I’d be lying if I didn’t mention that I can highly recommend a superhero romance trilogy for you to read and review.