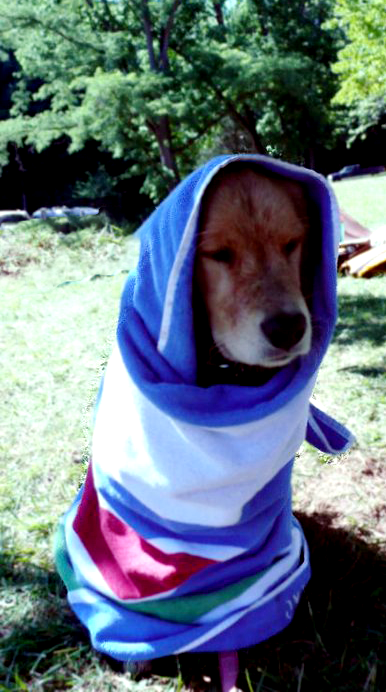 It’s officially spring! Where I live, spring has a few informal subcategories. Right now, we are experiencing “The Great Pollening,” and everything outside looks a little like a lightened sepia photograph from the pollen. I was in the yard on “poop patrol” (i.e., picking up after my golden retriever, Daisy), and lasted less than five minutes. Do any of you remember that episode of the original Star Trek called “This Side of Paradise?” It’s the one where the spores burst into people’s faces, and they made Spock a lot more easygoing and in touch with his feelings. Well, the mechanism was sort of the same during poop patrol. Every time I bent down to scoop the poop, yellow dust clouds burst around me. The upshot, however, was definitely not to feel a little high. I went inside, popped some sinus medication, and not only showered, but also washed EVERYTHING I was wearing, including my sneakers and ball cap.

I also brushed out Daisy for good measure. I should probably give her a bath as well, but she’s just so pathetic about it. She knows when I’m coming for her. Maybe it’s my gait, or the energy I give off, but she knows when it’s bathtime. I “coax” her into the bathroom (meaning, half prod, half lead with a treat). She’s 11 years old and knows the drill by now. She steps into the shower stall, head low and tail down, as if heading to the gallows. There’s a lot of heavy groaning and sighing on her part from there.

The other reason I’m hesitant is out of laziness. The bathroom floor sparkles after her baths because water gets everywhere as I try to dry her off. However, aside from that bonus, there’s a huge amount of cleanup involved. She runs out of the room still damp, and rubs herself all over the walls, leaving wet dog fur streaks, before hopping onto my bed and rolling around on it to get the “clean” smell off her. There’s also the matter of having to wash more than half the towels in the house. 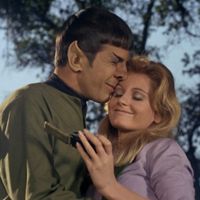 Beyond that, spring is my favorite season. Fall makes me a little sad despite its beauty because it signals the end of wakefulness or life in some ways, as the Earth prepares for a long sleep through a sparse, dark, cold period where it hurts sometimes to go outside for the sting and chill on my skin. In spite of the mud and pollen sub-seasons, spring brings a sense of awakening and renewal for me. There’s more light during my waking hours, I can take walks in the evening without bundling up, and everything just seems a little brighter. Spring is like the big yawn and stretch in the morning, after a long, restful sleep. There are birds calling each other. Leaves are beginning to unfurl on my Japanese maple tree. Tulips and irises are popping up in people’s yards, and there’s that smell of clean soil everywhere.

There’s that smell everywhere except for my yard, which has a muddy month’s worth of poop to scoop once I can breathe again. Ew.

Spring also means it’s finals time where I teach, so my workload gets intense for a few weeks, but still, there’s an end in sight. Meanwhile though, there hasn’t been much brain power left for writing much. Making jewelry is easier and more tactile, so my Etsy store has several new pieces, by the way. Coming out of finals is like taking a big, deep breath and letting it out slowly. Just because I haven’t added anything to the work-in-progress doesn’t mean my creative writing has dried out. Like everything else this winter and early spring, ideas have been taking root. The new book is in for an overhaul. I had a flash of insight, and suddenly the plot and some of the details started coming together (as much as they ever can for me, anyway). And of course, the editing of Fast Forward is still coming along.

I guess we need those dark winters to give things time to germinate, even ideas. Besides, the time before makes spring that much sweeter, and that much alive. Happy spring, everyone.