These are the People in My Neighborhood 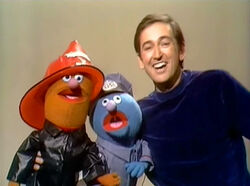 Around 2018, I took on some new tenants in my head. First, Daniel Hecht moved in, and not long after, Nina and the others found some real estate. I’m often asked which of the large cast of characters I connect with most. Usually, the answer I give the most readily is, “whichever one whose perspective I’m writing from.” Recently, that’s meant Miriam Roth, the W.I.S.E. speedster. Fast Forward is about 66% edited at this point, and a few people beyond my editor have read the almost-final version. I’ve been getting great feedback and suggestions. One person, who also happens to be an editor (but wasn’t reading to edit) mentioned she’d been having trouble connecting to Daniel, and to a lesser extent, Nina. They also have points of view from which I tell the story in this newest novel, so I took her comments and questions quite seriously.

Because they’ve been living out their lives (I often suspect independently of my conscious imagination), I feel like I know them very well. They’re my friends. They confide in me—even Kevin and Rob. Between that deep understanding of who these people are, and the fact that A) I know Daniel and Nina’s backstory from the Déjà vu trilogy and B) I know how Fast Forward ends, I suppose I took for granted that not everyone knows them. This reader hadn’t read the other four books in the series. Most of Daniel and Nina’s (as well as Kevin, Graham, and Rob’s) growth happened before Fast Forward’s events. I know what the characters want and how they think, and what motivates them. But, for example, not everyone sees, “demigoddess who renounced her immortality for love” (minor spoiler for the trilogy) and thinks, “Wow, she probably has a lot of issues about belonging somewhere, what to expect of herself, and generally, how to be a human being rather than an object of worship. Those are the kinds of things I needed to rethink for the current book.

Anyway, this reader asked me something specific about Daniel, and why he does and says something in particular at a certain point. My first response was, “Oh, you know what? I’m not entirely sure what he was thinking. I’ll ask next time I see him.” It took a couple of seconds to think, “Wait a minute, I’ve gotta decide what he was thinking.” It was a little jarring, being made to remember that these characters do not walk the planet with the rest of us flesh-and-blood folks. The characters are all very real to me. On the one hand, many readers have mentioned that this means the characters are all very distinct, and their voices and personalities are easy to discern. On the other hand, I’ve got to wonder sometimes just how many people and personalities are somewhere in my brain.

I once told someone that my characters mostly speak to specific insecurities. Nina has abandonment issues. Graham has issues around allowing himself to feel things. Kevin still is mostly trying to figure out what to do with his life to make it meaningful. Daniel, however, to answer the original question, has a lot in common with me.

Daniel grew up in the security of a like-minded, similarly-cultured community. His little piece of the world in the North Bronx, with his family, two best friends, and the synagogue allowed him structure and surety. When I was growing up, it was still the case that Jews, women, and minorities were not automatically allowed to participate in society. My parents were denied membership to a beach nearby because we were Jewish. I was picked on or picked out constantly, and told often that my religion was either unimportant or inferior. I ended up with all kinds of issues, especially after we moved from Connecticut. My extended family mostly lived in New York City. I saw them all the time. When my father took a job in Florida, any insecurities I’d already had blew up. I no longer had the extended network of people to validate my existence. Throw that in with the culture shock of moving to the South, and, well, things were hard.

Daniel and Nina especially are fish out of water. Nothing about the twenty-first century makes a lot of sense to them, and they struggle more than anyone to figure out where they belong in the world. The best analogy I can think of (and one that Daniel alludes to in Book 1) is Alice, having fallen down the rabbit hole into a place where the rules of physics and logic did not apply—at least not as she understood them. Like Daniel, her journey had to do with understanding how to live in a place that was completely foreign to her, what the social rules were, and how to find again whatever she considered “safe,” or “home.” No one especially liked her; she did not belong in their world.

This is very much the way I felt moving from rural/suburban Connecticut in the 70s to Orlando in 1980. This is how Daniel felt once he was made to understand that he was never going home. In fact, home didn’t even exist for him anymore by the time he had been rescued from the experimental facility near the Sachsenhausen concentration camp. For him, like me, the main difference was familiarity and, even if the original living conditions were far from ideal, at least they were predictable. Figuring out your lot in life is hard enough. Imagine doing it without even knowing what’s real.

During a writers’ conference I attended a few months ago, a presenter said that when they evaluate a query letter, one thing they wanted to understand was who the author was. Why did this author write this story? Where are the connections and emotional underpinnings? Like Daniel, Nina, Kevin, Graham, Rob, and Miriam, I get what it is to feel like I have no one, and not to belong. I know how confusing and lonely that can be. Everyone else notices you because you’re different than them. Everyone else is constantly evaluating your worth as a member of society, whereas those who already belong there mostly get a pass.

So sure, on many superficial levels, Daniel and I have a lot in common. Both our families began, mostly, in the 20s through 40s in the North Bronx, in Jewish areas of the city. We both grew up with health issues that prevented us from doing things we wanted to do, and sometimes further separated us from our peers. We got picked on for that—a lot. Our safe places were with family, synagogue, and a very small handful of friends that were hard-won. Changes—especially big changes, made us anxious. Plus, change seemed to define our lives at one point or another, and we clung to the status quo as much as we could.

Daniel’s perspective ends three out of the four published novels so far, and although it wasn’t planned that way, to me, it makes sense. He’s the team leader, but also, his journey into personhood hits closest to home for me. And, his home is inside me. That’s true for the others as well, obviously. What they have in common is that in their struggles to become who they are, they created a closely-knit family of sorts. They squabble, they lift each other up, and they sometimes struggle to work together. Superheroes, at least for me, are just people with the same kinds of foibles as the rest of us. I’m just happy that they’ve allowed me so much access to their lives.