You Can't Always Get What You Want: Wonder Woman 1984 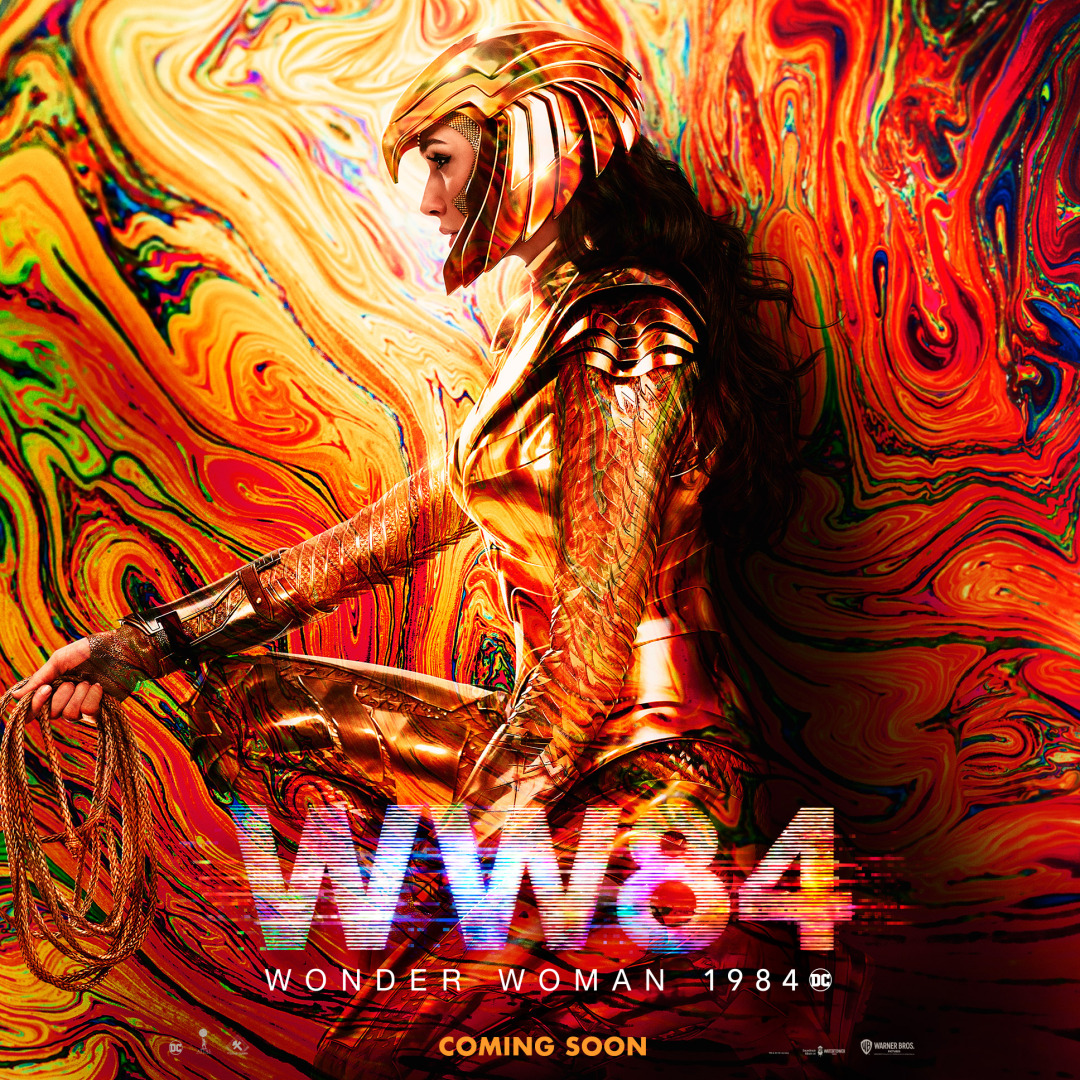 In the wise and immortal words of Mick Jagger, “you can’t always get what you want.”

If you could go back in time and fix just one thing about your life—correct a mistake, un-tell a lie, not have ordered the triple extra spicy wings on prom night—would you do it? What if you were able to wish something that you believe would make your life better, but you had to give up something significant to make it happen? It’s sort of like the “What if we could kill Hitler before he did any damage” hypothetical. Suffering would probably be avoided, but a lot of other things wouldn’t have happened.

I think most people fantasize about what could have been. There’s an entire psychoanalytic school of thought that dedicates itself to the interpretation of stories in terms of wish fulfillment. When I was about 21, I was offered admission to the Jack Kerouac School of Disembodied Poetics at Naropa University. Before that, I’d been offered poetry fellowships to special college programs in other parts of the country. There are a lot of reasons why I turned them all down, but in many ways, I wish I’d been able to find a way to make them all work. However, if I could have done that, I wouldn’t have married my husband and I wouldn’t have had my son. They’re not worth giving up for anything. And besides, I bet if everyone could do that one thing, so many shifts would happen in the world that it would be unrecognizable to us.

This is the situation at the heart of Wonder Woman 1984. Since you already know Chris Pine is back for this movie, it hopefully isn’t a spoiler to say we know what Diana Prince wishes for. I want to dial my response to the movie back a bit though and look at it first not through the lens of Sigmund Freud, but through that of structure. This is a long movie: two and a half hours. I appreciate the time and care the writers spend on character development, and how they allow the story’s progress to unfold at a pace that makes narrative sense. For one thing, it at very least validates my own style of storytelling. During the course of my first book in my series, the main characters spend about 85% of the time not knowing who they really are, and the editors who worked on the manuscript with me felt that taking that long to build up relationships and add the mystery plot little by little made the book “one of the best books [my editor] ha[d] edited all year,” and “probably the most realistic romantic relationship story [he’d] read” (his words). The movie doesn’t take that long to get into the conflict or introduce the villains, but it has that same feel.

I mention this because not everyone likes that style. I know plenty of writers and readers who think the conflict has to happen fast, details are unimportant, and character comes second to action. I have the bad reviews to prove many people don’t like the slow burn or exposition that much, and I’ve seen that complaint about WW84 in other reviews. Without all that leads up to the moment that sparks conflict though, the characters wouldn’t make any sense. All of them must make terrible choices during this movie, and without understanding who they really are as people, the pathos and emotional impact would be absent. In this movie, the characters support the plot rather than the other way around, which is also very similar to how I happen to write.

That does, however, bring up a problem I have with one character arc: Kristen Wiig’s character, Barbara Minerva. The transformation she undergoes, while suitable to the story, is a very old cliché: brainy, mousy woman whom no one ever notices, has no self-esteem, stammers a lot, is clumsy, and wears frumpy clothes and thick-framed glasses, transforms into a gorgeous, powerful force with which to be reckoned. She loses the glasses, her hair gets sexier, wardrobe skimpier, and attitude more tenacious. What bothers me is the concept of beauty portrayed as having only one option. This could lead to a whole discussion about women’s superhero costumes in general, but you can see that on my blog if you want. The choice commits the false dilemma fallacy: you can be warm, funny, and smart, OR you can be alluring and competent, but there’s nothing in between. The other issue with Barbara Minerva is that as she changes, this underlying sense of competition with another woman (Diana) rears up. This is another trope I had hoped was put to bed a long time ago. The female villain has one focus, and it’s a vendetta against the heroine. That’s fine, but the reason behind the forceful hatred and resentment is superficial and a little hard to swallow: there’s only room for one hot, powerful woman in the world. More could have been done to enhance her motivations and make her much more of a threat to the world, rather than a complication in a tangentially related, larger problem.

Having said that, both antagonists are generally compelling, and their issues parallel Diana’s in many ways. Like many of us, we want to have back that “one thing” that’s either always been missing from our lives, or that we lost. In spite of the faults in the characterization of Cheetah, I found myself feeling sympathetic toward her several times, as I did for Max Lord occasionally. The mark of a good antagonist is one that the audience understands and feels for. To cross into Marvel territory for a moment, Magneto has legitimate reasons for feeling as he does, and when written well, those reasons are deeply felt by readers. We need to cringe for these characters, shake our heads, beg them to stop before the cost of their quest becomes too high. In other words, we need to understand them emotionally, and also vehemently disagree with their methods. I think WW84 mostly manages this. Without that slow build-up, again, the antagonists would have been exactly like the two-dimensional comic book characters they began as. We need more from stories. At least, I need more.

There’s a rather obvious political subtext in the film as well, which I’m sure some people will find objectionable. I’ll say this: the mid-eighties is a good place to provide the social commentary (although, mirroring the famous novel was, in my opinion, too heavy handed). What I did love, as with the last Wonder Woman movie, was that the female characters were indeed incredibly powerful. I was asked once about whether I thought the love story with Steve Trevor detracted from Diana’s power in the first movie. While it is true that often in stories, once the man enters the picture, the woman is somehow reduced or becomes a victim, that isn’t the case in either movie. Love adds dimension and power. As a point of comparison, I’ll again tread into Marvel’s turf. I love Steve Roger’s love, Peggy Carter. She’s smart, beautiful, and genuine. She’s also mostly tangential to Captain America doing his job in terms of the way his stories play out. This is not the case with Diana Prince and Steve Trevor. In order to be successful, they depend on one another’s strengths. The love story is necessary to the plot.

This is something I explore, again, in my own books. In my characters’ cases, like with Diana and Steve’s, the strength of emotion and utter faith in one another’s powers enhance their capabilities, and that love and devotion, really, is where most of the emotional weight of the movie rightly is carried. Like Diana and Steve, my characters also face questions of saving the one they love or saving the world. Unfortunately in life, we don’t get to have everything we want. When we have to choose a path, the impact on the world is relatively small most of the time. When superheroes and supervillains choose, much more is at stake, and this is how we are able to feel for them.

One of the main directives of yoga (which I teach) is the concept of “now.” If we can see the truth of any one moment for what it really is, without emotion clouding our perceptions, we have clarity, and we can make the right decisions. Mere human beings that we are, some of those decisions can be excruciating and heart-breaking. I will say this though: one reason I wrote my books was because I was dissatisfied with the tragic and inevitable end of every superhero’s relationship. While I am attached to the notion of the traditional happily ever after, there are other ways to get that happy ending than the romance. Love buoys Diana and always, even in the absence of the loved one, brings her to the clarity she needs for victory.