Time to Put My Pants Back On 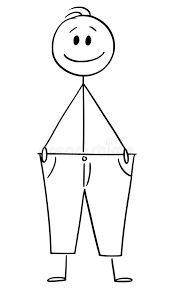 It didn’t quite work out that way. I spent another two or three weeks busy with things like grading, reading, and mostly, procrastinating and avoiding. Well, the semester is almost over, and I’m out of excuses that at least sound reasonable to myself. I sat down at the computer and pulled up my manuscript in Scrivener.

Here’s the good news: with a combination of resolve and a firm plan, I’m twelve chapters and about 24,000 words into Miriam’s story. Don’t be too impressed, by the way, most of it was already there from when I began the book. I’m about 2 or 3 thousand words in after two or three days. The characters are all accounted for, a series of catastrophic events has happened, each one raising more questions than answers, and of course, the characters have deeper and more fundamental issues to go along with the struggle. Those issues sort of deepened and multiplied. I guess they can’t NOT do that since Daniel is involved, and he’s a pretty deep, still traumatized person regardless of things looking up in his life.

Daniel and Nina are real and alive. I’m privy to their conversations and actions whenever I want, and sometimes when I don’t want. Graham is also running around in my head, as is Kevin. Now, Miriam is as well.

Of all the characters on the team, Miri has always been the most unpredictable. Part of that is her personality, and part of that is my fault for not having had a solid concept of her inner life. Actually, I guess I’m on the hook for both those reasons. She is smart, and certainly capable of following directions and sticking to a plan. She always has the best intentions.  Having said that…

Let me back up for a second. Daniel was fairly easy to write. I’m not sure why his personality and mannerisms clicked so easily (ahem), but it worked out well. When I wrote from Nina’s perspective though, I had to do a lot more research, and a lot more digging into my own psyche. It took a while to make her a round character. I mean, how many real-world concerns can a beautiful goddess have, right? I knew she couldn’t be hyperfocused on Daniel as her only worry in the world, although he was a big concern. However, it is a love story. Anyway, I had to do a lot of revisions of her sections of the books once I had a better sense of who she was.

Back to Miriam: she hadn’t planned to do what she did, it just sort of, y’know, happened. That’s how it works when I write, and that’s why I go so much more deeply into character arcs than plot arcs (although I do plots as well, obviously). The first few thousand words of the manuscript thus far were carefully crafted and controlled. I was able to set the wheels in motion for the story. Then I got stuck for a long time, and a few days ago, Miriam grabbed the steering wheel and took the story where she thought it needed to go. Gotta say, she comes up with better material than I do. Unfortunately, I have no firm idea where she’s headed. I know what I would like to have happen, but a thing happened that seemed like a good idea at the time, she did an unexpected thing, it had consequences, and now she’s mostly ignoring the map/outline I’ve been using.

What I’m learning is to let go and trust my characters and know the plot will work itself out. Outlines are fine and good to a point. I needed it; I will likely go back to it. However, I’ve begun to use it more as a springboard for ideas and reminders when I get stuck, usually from trying to grab control of the story from Miriam. She’s stubborn. She’s not having it.  She’s got to do things her way, just as much as do Daniel and the others. 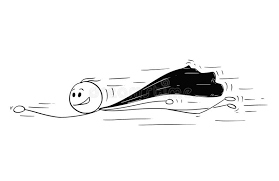 For me, I think the creative obstacles I face come down to control and from there, self-judgment. I start to overthink ideas instead of letting them just gestate and grow on their own. I want to shape the outcomes, and then I doubt whether I did the right thing, and the project gets trashed. Afterward is usually a long spell of poor creative self-esteem. Outlines, when I try to stick to them religiously, are constraining and frustrating. Much of the joy is removed from the experience of writing.

For now, I’m in the passenger seat, occasionally navigating as Miriam goes on her wild adventure off-road. I’m there for the ride and have faith that she’ll get us where we need to be.

It’s time to put my pants back on.